I'm gonna do an every-other week series on designers that I find inspiring to fashion and to costuming. 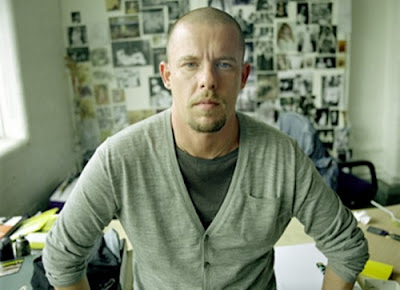 Alexander McQueen was a visionary who ended his life during the height of his genius. Famous for his love of the grotesque and exaggeration, McQueen appealed to people who looked at the world through the eye of an art critic. Construction-wise he was also quite talented, bringing skills of exquisite tailoring he learned as a Savile Row Tailor together with a desire to work with many varied materials including metal, leather, fresh flowers, and clam shells amongst many other things.  His work was far-reaching, gaining fans such as Kate Moss and Lady Gaga.  He also became a household name, and I think the lay-person will know his infamous armadillo shoes: 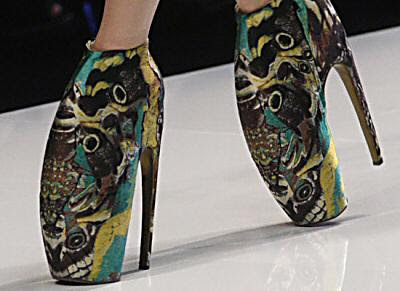 After his apprenticeship on Savile Row McQueen obtained a masters in Fashion Design and got a job designing for Givenchy, and he succeeded John Galiano as head designer in 1996.

In 2001 he left Givenchy to resume his own work. In February of 2010 he took his life, leaving his line to Sarah Burton (who later designed Catherine Middleton's wedding dress). Here is more of his work to inspire you: 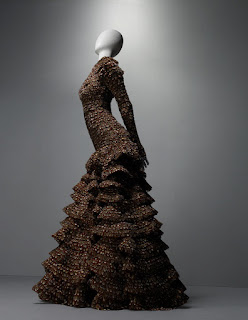 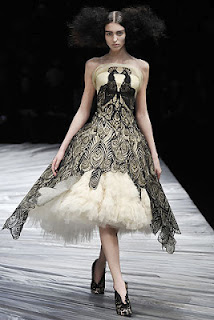 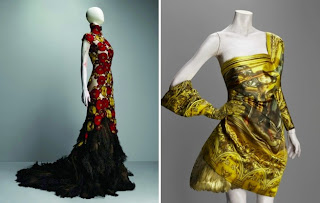 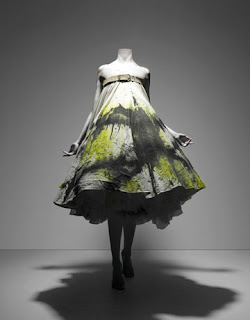 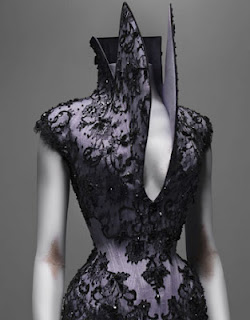 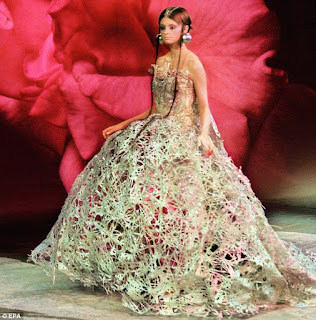 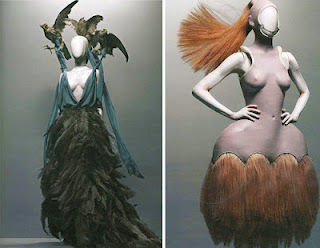 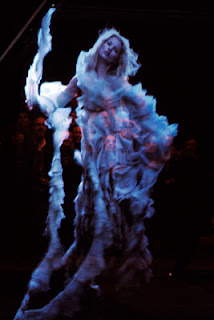 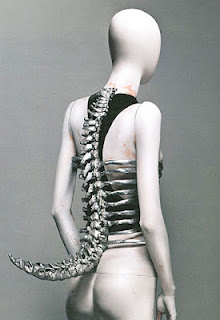 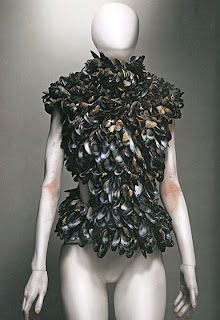 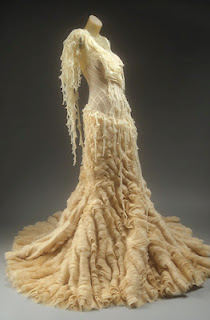 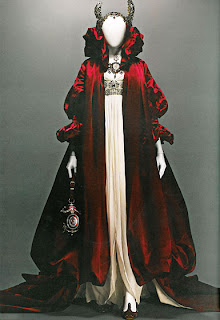 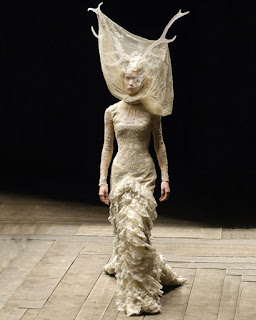 Click a picture for credit. Article information from Wikipedia and Alexander McQueen: Savage Beauty.
Posted by Aurora at 12:30 AM

Email ThisBlogThis!Share to TwitterShare to FacebookShare to Pinterest
Labels: Designers