Bias binding is a nice, clean way to finish an edge.  You can use matching fabric or contrasting for a different look.  There's three major ways to do it, so in the next few days I'll be showing you all three versions.  This third version is a little bulkier than the other two, but it's often used in quilting to provide a firm fold.

Start by cutting a strip of bias that is six times the width you want your final bias to be (yes, six, not four like the other two).  So in order to get the same 1/2" binding I need to cut a 3" strip of satin.  My favorite way of doing this is with a rotary cutter, but employ your own favorite way of cutting continuous bias, there are a ton of ways out there.  If your bias is not long enough for your edge piece strips together to get one long enough.  Once you have a strip cut fold it in half wrong sides together and press. 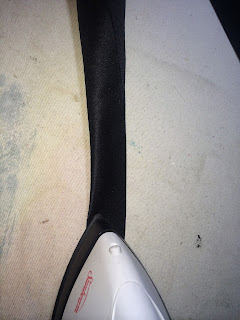 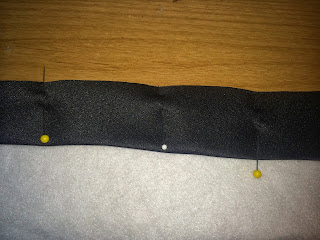 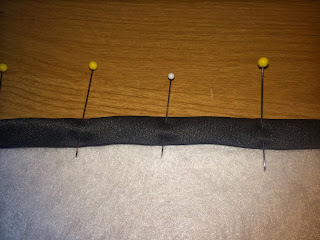 From here you can finish the bias tape either by stitching in the ditch like you did for Version 1 or by slipstitching by hand like you did in Version 2.  This method renders a sturdier, more durable edge that is bulkier than the other methods: 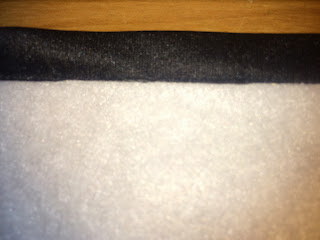