I wanted a light, flexible prosthetic that I could make from things that were readily available, so I started by looking up gelatin recipes.  I discovered a number of foaming gelatin recipes:

I decided to use a combination of recipe ideas.  I bought knox gelatin (grocery store), liquid glycerin (Whole Foods) and sorbitol (Walgreens).  I started by using equal parts of each, mixing them together, then heating until clear.  I then added a few drops of dish soap and mixed until white and foamy.  The result was very stiff and fluffy (rather like marshmallow fluff, but stiffer).  I spooned it into my mold and seated the face onto it as best I could, but it was very difficult because of the stiffness of the foam.  I tried this twice but was never happy with the resulting thickness of the edges, they didn't feather well. 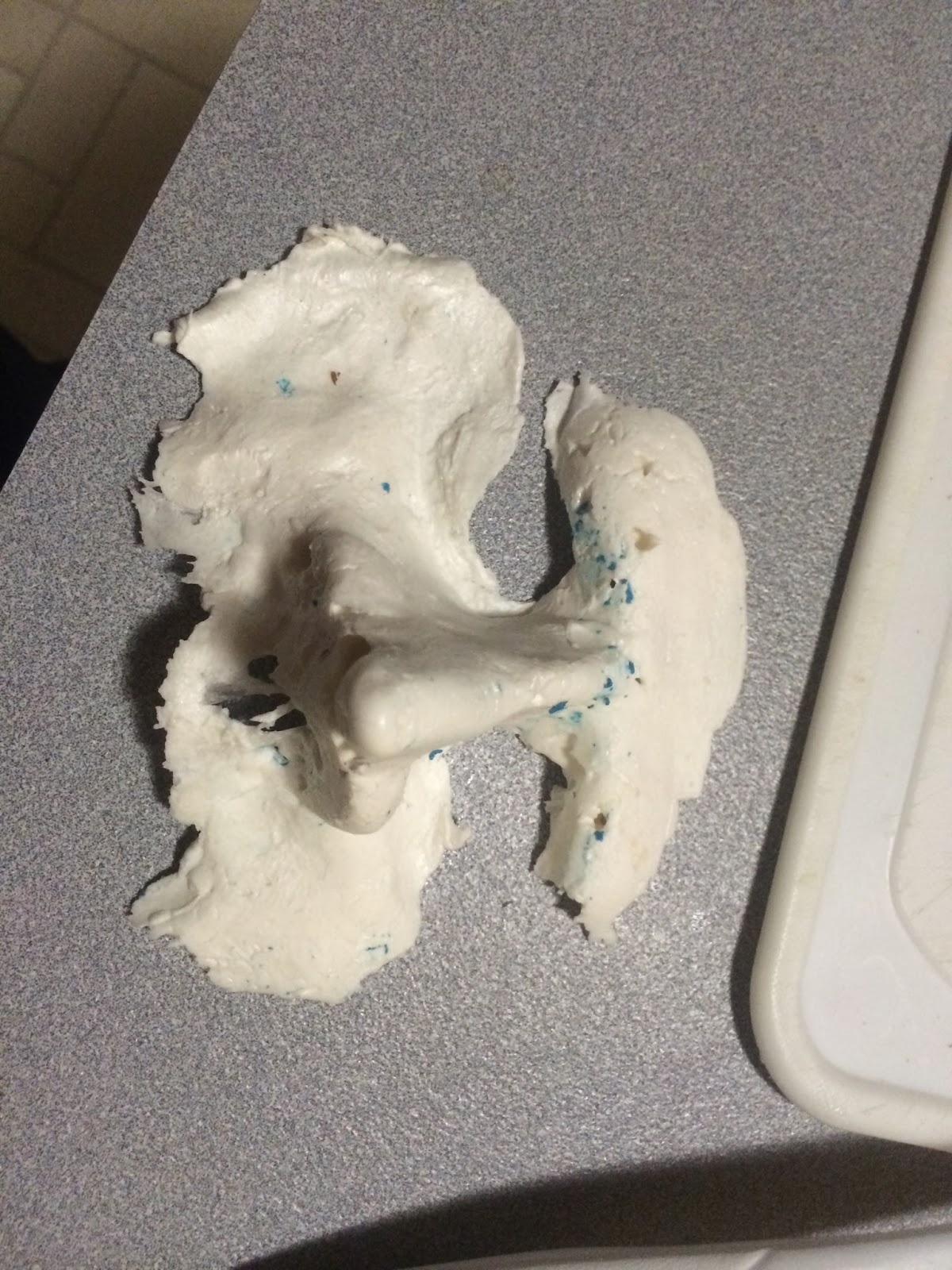 For my third try I decided to try just straight gelatin.  I found a new recipe source outlining the properties of different ratios:  http://www.youtube.com/watch?v=tGx8vkH33bs  After watching this video I decided to try the 3:2:2 recipe and not foam it.  The prosthetic was very sticky (I  had to break the mold again to get it out) but I think it worked really well: 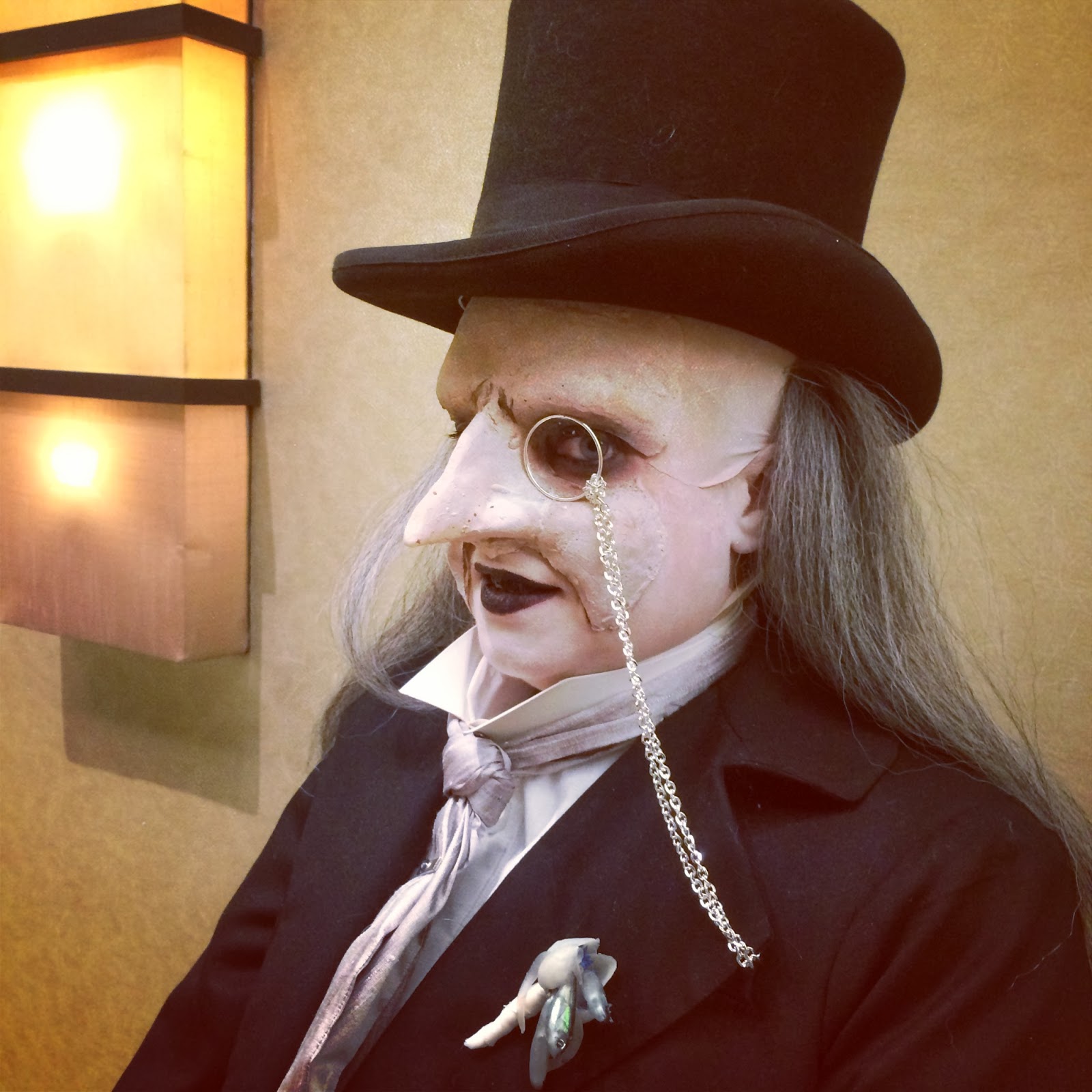 The edges weren't blended as well as I would like, but I'll work on that for next time.  I'm also thinking of restarting with DragonSkin silicone if I ever try again for a more permanent result.
Posted by Aurora at 10:04 PM