I can't believe it's been over a month since I've done one of these!  After Halloween I kinda burned out and stopped sewing much, choosing to read books for the Cybil awards instead.  I've got some cons coming up, though, so there is work to be done!

First, some pics.  I attended SF Contario in Toronto and got some pics of a few costumes I hadn't gotten pics of earlier:

First, Merida from Brave!  I premiered this costume at CC30, but I didn't get any pictures.  Here they are now: 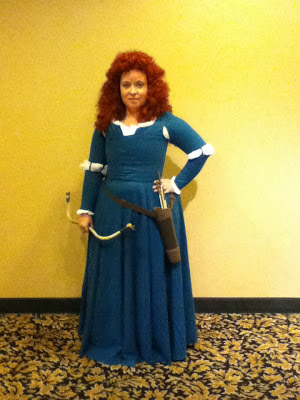 Next, my 1920's tea dress from Patterns of Fashion: 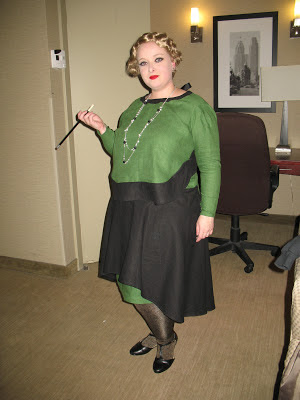 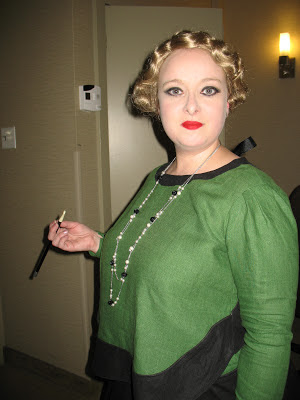 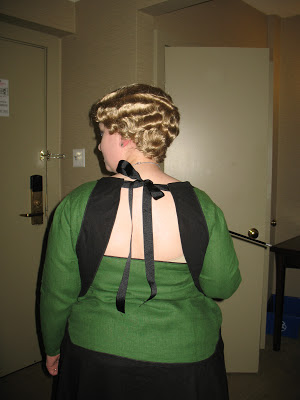 Next up, making costume plans for the next year.  Arisia's coming up in January, so I started sewing for that.  Here's my costume plan right now:

It's so out of character for me, but I've gotten to the point where I just don't care.  I have wanted to do this costume forever, and it'll be quick enough to do and comfortable for a hall costume on a day when I don't have any panels. 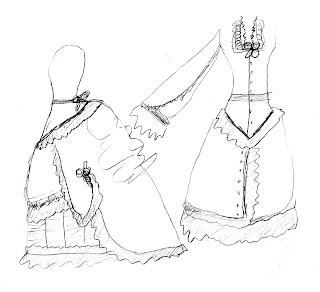 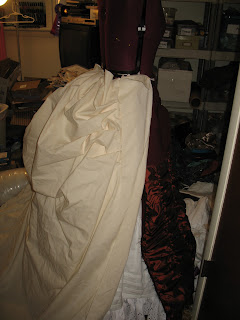 It may be a bit much for some of the panels I'm on, but one of them is Victorian clothing, so I really want to wear an example and finally finish this dress! 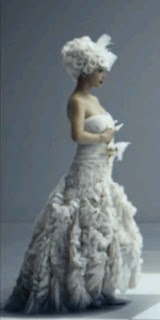 I think this is such a beautiful song!  I think Ayumi is such an expressive singer, and I really picked up on what this song was about before even reading the translation.  It just speaks to me.  The video is a giant chessboard with a White Queen and a Black Queen squaring off, and I really liked the White Queen's dress.  I'm going to make it sans those crazy finger cuffs so I can actually interact with people! 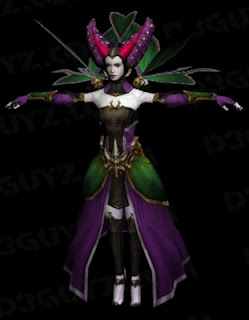 This costume has a great story.  My husband played through the game on my account while I was at WorldCon, and he called me the day after the Masquerade there and said "I have your next costume".  How could I disappoint him, especially when he has such great taste?  This is the costume I'm currently working on, so more below. 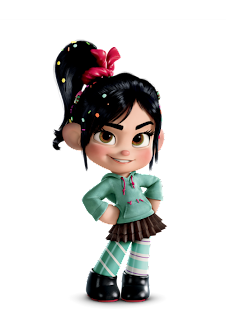 I knew as soon as I saw Wreck It Ralph that I'd have to do this costume.  It's too cute and comfy, and I loved the movie and the character.  It'll be a great hall costume for a con monday.


There are other costumes I've got planned for next year, but since they're not Arisia I'll put them in an end-of-the-year post.

So, I promised you work!  What have I been toiling away at?  Maghda, of course!  Gotta finish the Masque dress before anything else.  I started where I usually do, with the corset:

After 5 mock-ups (which I was an idiot and didn't photograph) I came up with my final pattern: 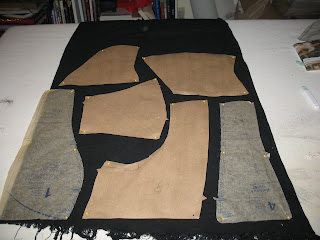 Then I sewed it out of black brocade, black casa satin, purple silk that was interfaced for stability, and silver dupioni made into fat piping: 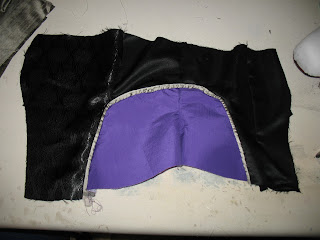 I'm almost done with it now, so hopefully next week you'll get a finished photo!  The other thing I've done is found shoes and started painting them: 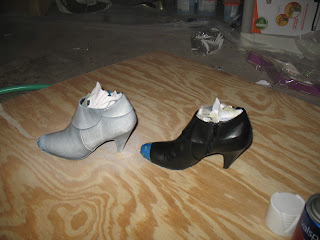