I had a great time at both Renovation, the 2011 WorldCon in Reno and DragonCon, the Sci-Fi extravaganza con in Atlanta. Too bad next year I have to choose (they're on the same weekend in 2012) because doubling up was fun! Each con has something the other lacks, and I'd really like to be doing both when I can.

For the next few days I'm going to post pics of costumes, videos of panels, reports of stuff, and whatever else occurs to me that's related to the cons.

First, a costume picture! I'm working with the Kansas City in 2016 WorldCon bid, and for Renovation that meant planning a party with a '20s theme to go along with the gangster/superhero theme that they've got going (mostly we went gangster and ignored the superhero thing). I decided one night that I needed something to wear, so I threw together this in a few hours: 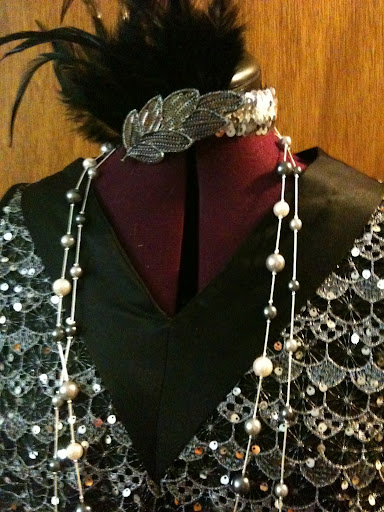 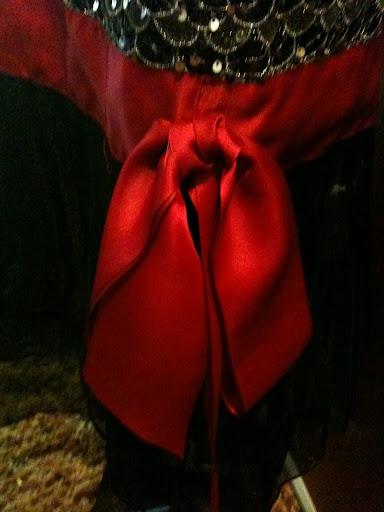 The pattern was based on the handkercheif-hem dress in Patterns of Fashion. Originally it was dagged with a handkercheif hem, but I didn't like how it looked so I ended up cutting the bottom dags off and adding the red sash and the organza tiers. The fabrics are a sequined lace I got in NYC when I was there for CostumeCon, a black Casa satin from JoAnn's for lining and binding, black Mirror Organza for the bottom ruffles, and red double-sided satin ribbon for the trim. I originally planned to wear my Mollie Johnsons with this, but my roommate convinced me to switch to my Red Canas at the last minute and I was very happy she did! I haven't gotten any good pics from the party, but I know they're out there so hopefully they'll get updated soon!

From DragonCon I have a video! I'm very thankful that Jennifer taped two of my panels, and the track director Lee Cox and my co-panelists Scott Merrill and Michael Cowart were gracious enough to give me permission to post this one on You-Tube so everyone could see! Here is part 1 of the Dyeing panel held on Monday:

I'll put up the next section tomorrow because they take forever to upload!

Also, in news looking forward I'm working on a series of dresses for my niece. Last night I sewed a mock up so I could send it out to get fitted on her: 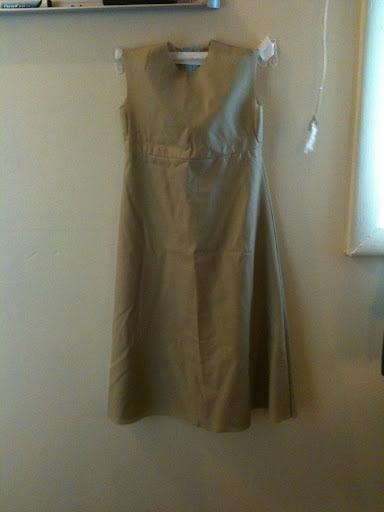 I have this crazy fear that she's going to have a five-year-old fit over it being brown and yucky :( It could be hard to explain "mock up" to a five-year-old. Hopefully, though, it means she will get a dress that's much better fitted than last year's halloween costume, which was based on measurements and a pattern and ended up being a few years too big: 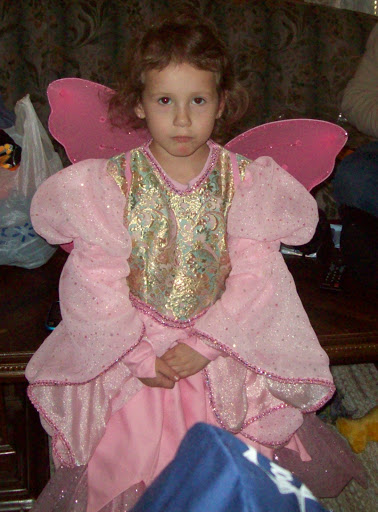 At least it's good for dressup for a while :D
Posted by Aurora at 5:01 PM