My next costume was worn at both WorldCon and DragonCon. It's Zola from Girl Genius: 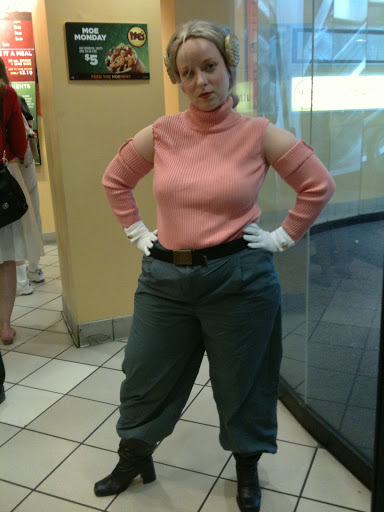 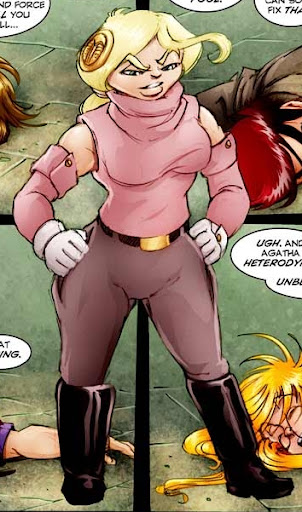 I've been working on this costume for a very long time--over two years! It was worth it, though. I made Phil Foglio do a double-take when I walked up to his booth, and I got a costume award from Kaja. They are such nice people, I was very glad to meet them and pick up the entire series in paper form (and they autographed all of them, what troopers!).

The boots are scrunched down in my picture, they're going on seven years old and stretch pleather apparently just doesn't hold up well! At WorldCon it started flaking and binding, so I really need to get a new pair, probably with a lower heel. I also need to add on the belt loops again, and I realized after wearing it for an hour that when I took in the sides of the pants I sewed the pockets shut accidentally, so I'm going to correct that soon :D

I've also got another video update! Here's part 2 of the Dyeing Panel: